Previews and Predictions for the SEC in Week 1

Posted on August 30, 2017 by Houston Barber Leave a comment

Each week, we will take the five best SEC games and tell you what you need to know about them. Whether it’s a coach on the hot seat (Butch Jones) or the name of someone who we all will be making fun of next week (probably also Butch Jones), this preview will keep you covered.  We’ll also give you a prediction of one thing you can guarantee will happen.

Nick Saban hasn’t eaten solid food since he lost the National Championship game, choosing to only slurp his sustenance through a straw to stay focused. A loss here would result in a two game losing streak for the Tide and a serious existential crisis for those in and around Tuscaloosa. If you thought tensions in the South were high already, wait until there’s a reason to question Alabama football. For the sake of the tranquility of our nation, we all must root for Bama to win this game. Prediction: An Alabama kicker will most definitely get booed off the field at some point 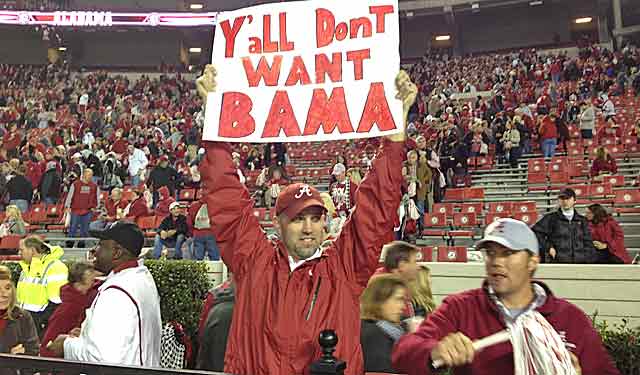 Florida enters their season opener against Michigan with an incredibly talented group of suspended players. The rest of their team is pretty alright. The Gators will start Feleipe Franks at quarterback, but it remains to be seen which Big 10 backup transfer will be starting for them by the end of the year. Expect a lot of exciting plays from this game – as long as your definition of exciting is drag routes and safe throws out of bounds. Prediction: Any interaction between McElwain and Harbaugh will be the most uncomfortable thing you’ve ever witnessed

Defending champion* Tennessee comes into this game with a lot to prove. Many in the media are picking Georgia or Florida to win the East simply because both those teams have vastly superior players and coaches. But the Volunteers have defied expectations in the past (when the expectations were good), so why not again? Tech’s triple-option attack will give Tennessee a lot to prepare for, but if any coach can get his team prepared it’s Butch…oh they’re screwed. Prediction: Rocky Top will be played so much that it will begin to sound sarcastic 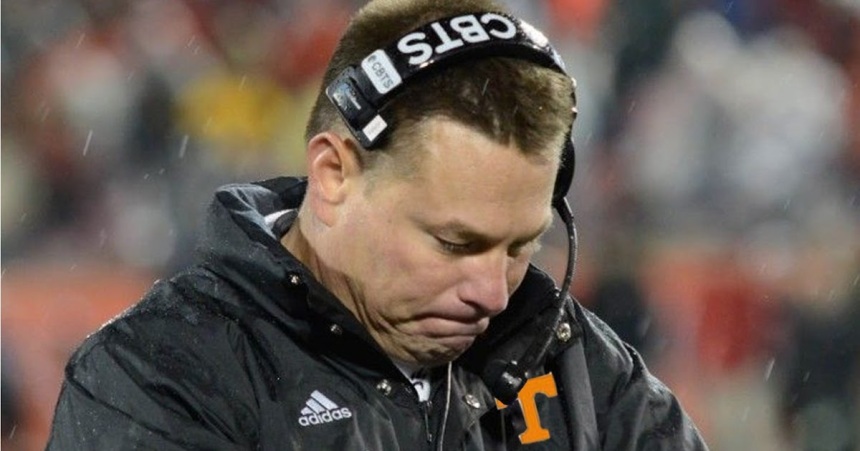 It’s the neutral-site game that everyone forgot about. Things actually went pretty ok for Will Muschamp at South Carolina last year, which can only mean that something horrible is about to happen. The best news for Gamecock fans is that they have a young quarterback they can be confident in, and with Muschamp’s long history of developing promising young QBs, what can go wrong? Look for Muschamp to fully explore the boundaries of the strict coaching conduct penalty rules this year. Prediction: Jake Bentley will begin to consider his transfer option by the third quarter

Both of these coaches are on such thin ice that you might as well play this game on the polar caps after centuries of mass carbon pollution. Instead, it will be played at UCLA’s home field, the Rose Bowl. So the best advice for A&M fans is to really soak it in and take a good look because, you know, it’ll probably be awhile. On the bright side, it should be fun for A&M fans to see a bunch of former quarterback commits shining at other programs throughout the country this season. This game is on Sunday so prepare to watch this one hungover while complaining about the field being too bright. Prediction: Even after watching the game you won’t be able to name one player on UCLA other than Josh Rosen.